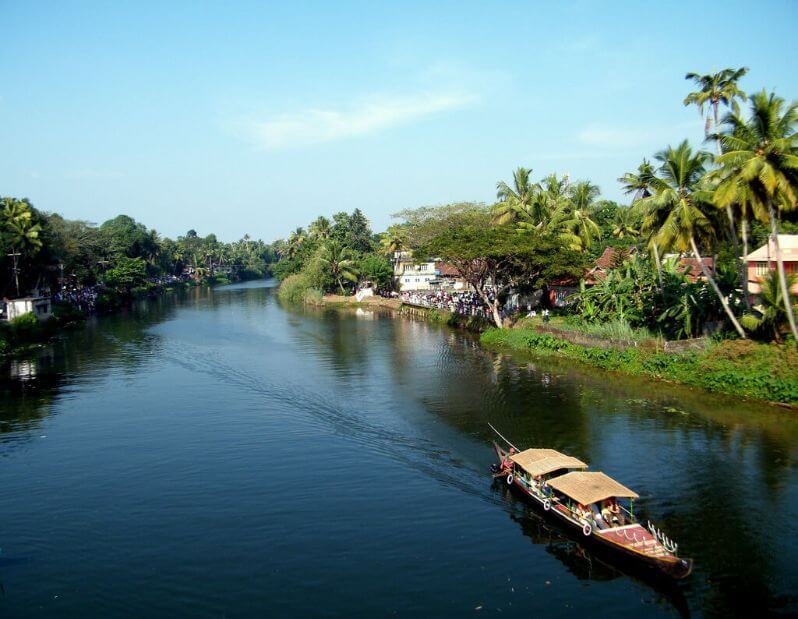 Kottayam is a town in South-Central Kerala which is called the trade and commerce center of Kerala. Being one of the main hubs of literature in Southern India, Kottayam is also called the Akshara Nagari or the Land of Letters.

The word ‘Kottayam’ is formed from the Malayalam words ‘Kott’ which means ‘fort’ and ‘Akam’ meaning ‘inside’. Hence the literal meaning of Kottayam is ‘the interior of a fort’. Thaliyil Kotta which was founded by the Rajah of Thekkumcoor is the fort from where Kottayam received its name. Today, the old town of Kottayam is now called “Kunnumpuram” which is set on a hilltop.

Kottayam is the hub for many tourism activities and it is an important cultural and spiritual hub in Kerala. In this article, we will list out the top 20 Kottayam tourist places that you may not miss on your next trip to Kottayam.

Now, let’s jump to some of the interesting facts about the top 20 Best places to visit in Kottayam.

The waterfall is about 60 meters in height, that falls into a 12-meter deep pool. It later joins the River Teekoy and forms the Meenachil river. The fall cascades through a rough rocky path hence is not recommended for bathing.

Kattikayam falls from an awestruck height of about 70 meters. Once parked the vehicle, You are required to trek some distance to reach the waterfall. The path to the waterfall is quite an edge and covered with rocks which can be slippery during the rainy season.

This waterfall is also classified as “not safe to bath/bath with caution” category.

Illickal Kallu is a strange giant rock situated at an altitude of about 4000-6000 ft above sea level. This beautiful rock has been a major tourist attraction in Kottayam district from past few years. What makes this rock so spectacular to watch is that half portion of the rock has fallen down and yet the other half still stand solidly at such an amazing height.

The rock is surrounded by picturesque greenery all around and from here, one can experience the panoramic vista of the entire area. It is said that you will be able to see the sublime view of the Arabian sea from the top of Illika Kallu.

One must try to visit Illikal Kallu, during early mornings or evenings, when it mists the entire area.

She was the first woman of Indian origin to be canonized as a saint by the Catholic Church. She is a well-regarded saint among the Christians of India.

The Mahadevar Temple in Ettumanoor is an ancient temple dedicated to Lord Shiva. It is one of the major Lord Shiva Temple in Kerala and is an important pilgrimage in Kottayam. It is believed that the Pandavas and Sage Vyasa had worshipped in this temple. 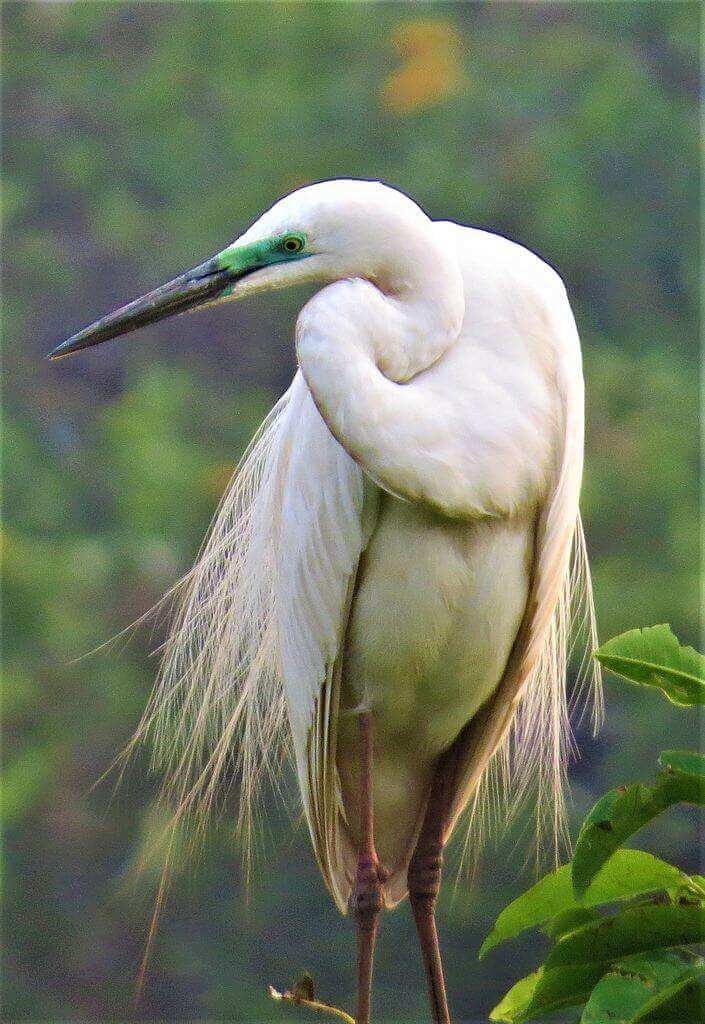 Kumarakom Bird Sanctuary is popularly known as Vembanad Bird Sanctuary. It is situated on the banks of Vembanad Lake at Kumarakom. This beautiful sanctuary is spread across 14 acres and is a paradise for bird watchers. It’s also home to a huge number of migratory birds.

At Kumarakom Bird Sanctuary you may sight a variety of migratory birds, from the Himalayas to far-off
Siberia as well. The native Kingfisher to night herons or lone golden-backed woodpeckers is found in great numbers. The common local birds are cuckoo, heron, waterfowl, egret, owl and the water duck, teal, parrots, larks, wood beetle,  flycatchers etc are also found here.

The Juma Masjid at Thazhathangadi or simply Thazhathangadi Juma Masjid is about 1000 years old and is classified as one of the oldest mosques in India. It is an exquisite example of wood crafting and traditional Southern architecture. The construction and artwork of the mosque resemble the ancient temples and palaces. 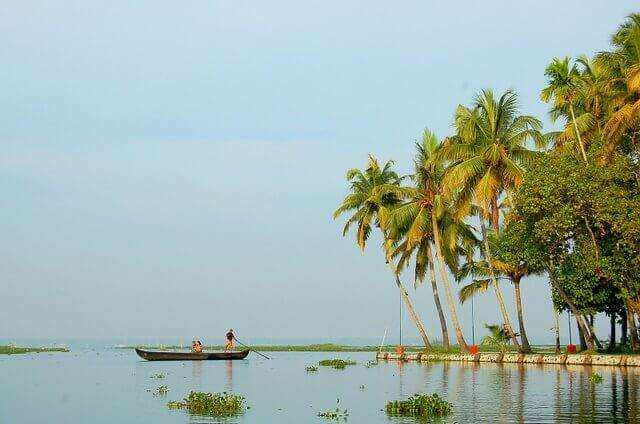 Kumarakom is at about 16 kilometers from Kottayam town and is best known for backwater tourism in Kerala.As  Kumarakom is connected to Vembanad Lake, there are various tourism activities such as boating, fishing, and sightseeing that happens regularly.

The Backwaters of Kumarakom have interlinked lagoons and lakes used for irrigation. While sailing on a boat you can see the never-ending paddy fields, deep green fronds of palm trees along with the quaint fishing villages lining the canal banks.

Vagamon is one of the arising hill stations in Kerala after the famous Munnar hill station. Vagamon is located in Kottayam district and is spread towards Idukki district. And for this reason, Vagamon is an important part of Kottayam and Idukki tourism.

Pathiramanal is a small island situated at about 17kms from Kottayam town. Covering an area of about 28.505 ha, the island is surrounded by the Vembanad lake. Pathiramanal which is otherwise called “Sands of Night“ is home to more than 90 species of local birds and about 50 species of migratory birds.

Boat rides are available regularly from Kumarakom Bird Sanctuary to Pathiramanal Island at a nominal cost.

Kurisumala is a popular Christian pilgrim centre in Vagamon. Every year, it attracts thousands of devotees from all over the state. Kurisumala was earlier known as the “Kondaketty Mala”. During the holy week, hundreds of devotees climb the Vagamon hill with wooden crosses in their hand.

The hilltop has a small peaceful monastery that presents the breath-taking view of the entire valley. The locals believe that earlier (as long as the 1940s) there was a wooden cross on the hill. This cross was later replaced by a 7 meters high concrete cross.

Murugan Mala or Murugan Para is a small hill situated on the eastern side of the Kurisumala hill in Vagamon. The hilltop of the Murugan Mala has a small rock-cut temple, which was crafted out of a single rock. The temple is dedicated to Lord Murugan, son of Lord Shiva.

The Murugan Mala is one of the best attractions of Vagamon. The picturesque beauty of this hill attracts a lot of nature lovers, trekkers, and photographers. 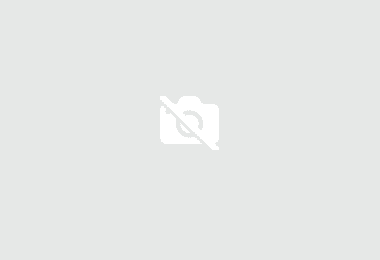 Thangal Hill is one of the hills in the chain of three hills of Vagamon. Thangal hill is an important pilgrimage center among the Muslim Community and is the resting place (Dargah) of Sufi saint Hasrath Sheikh Fariduddin. It is believed that the Sufi saint from Afghanistan visited this place over 800 years ago.

Thangal Hills offers one of the best viewpoints in Vagamon, as the location is covered with thick forest along with green grassland.  The bottom of the rocky hill has a small masjid, a prayer center, and a well.

Elaveezhapoonjira or Ilaveezhapoonchira is another hill station in Kottayam district. This beautiful valley is spread across hundreds of acres and surrounded by hills that are up to a height of 3200 ft. above sea level.

The word “Ila-veezhaa-poonchira” means ‘the pond where the leaves do not fall’.  Ilaveezhapoonchira is surrounded by three hillocks named as Mankunnu, Kodayathoormala, and Thonippara. During the monsoons, the valley between the complex of mountains fills up to form a large pond.

Illaveezhapoonchira is a popular destination for trekking and offroading activities in Kerala. It is about 8kms from Kanjar (Idukki district) & about 6kms from Melukavu (Kottayam district)

Ayyampara which is also known as Aiyyanpara is a huge rocky hill which was formed by one rock above the other. This rocky area is spread over almost 100 acres of land. This rocky flat area of Aiyyanpara is made up of natural granite and is one of its kind.

Aiyyanpara is best known for panoramic and sunset viewing. On the top of the hill, there is an ancient temple of Lord Aiyyapa and there is a church too, nearby.

Aiyyanpara is about 43 kilometers away from Kottayam town and is near to Thekkoy(Teekoy).

The Poonjar Palace is one of the historical and cultural centers of Kottayam. The Palace is about 600 years old and was built by the then emperor of Poonjar. Poonjar Palace has beautifully preserved the heritage of the Royal Family and it houses a huge range of antiques, ancient statuaries, chandelier, items carved from precious stones and rocks.

The antique furniture to the chandeliers, a palanquin, jewel boxes, a unique drone (treatment bed) for Ayurvedic massages(carved out of a single wooden piece)  etc. are preserved well. One of the most unique artifacts of Poonjar Palace is the sculpture of Lord Nataraja and the weapons.

Kottathavalam is a place of archaeological interest as it is said that the Royal family of Madurai rested here, on their way to Poonjar.  Situated adjacent to Murugan hills, Kottathavalam is a less known place for a one day trip near Vagamon

The walls of the caves are carved out in a beautiful manner and recite the long history and culture of Madurai. The carving of deities like Meenakshi, Ayyappa, Murugan, and Kannaki can be seen here. A series of stone steps that lead to the cave is also visible. 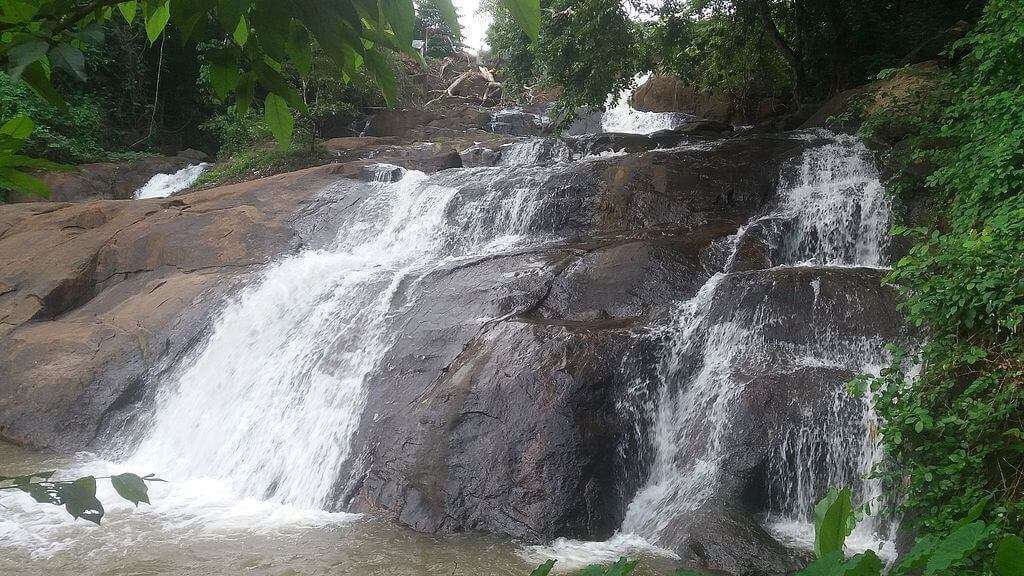 Aruvikkuzhi Waterfalls is located at about 18 kilometers from Kottayam town. Here the water flows down through a zigzag route from a height of about 100 ft.

Aruvikkuzhi Waterfall is a great place to spend an evening with your friends and family.

The Palaikari Aqua Tourism Centre is situated at Kattikkunnu (near Vaikom) and is about 40km from Kottayam.  The farm activities at Palaikari include fishing, swimming, boating etc. The entry fees to the farm include lunch with fish curry and fish fry.