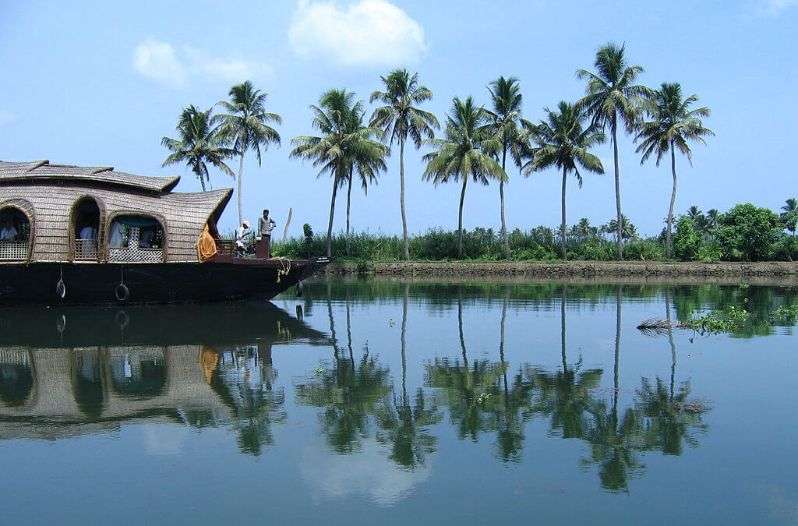 Alappuzha, formally known to be Alleppey is considered to be the oldest planned city and is a famous holiday destination in Kerala, India. Alleppey is often referred as the “Venice of East”, as this mesmerizing city is all about beaches, temples, traditional boat races, houseboats, paddy fields, coconut palms along the beach and has some very well reputed Ayurvedic spas and wellness centers around.

Anyone who looks forward to enjoying Kerala Backwaters or houseboat rides, then Alappuzha is a place that gives you the best experience of the same. Here, we will look into the top 11 tourist places in Alappuzha that brings you the best of your Kerala Trip and let you soak in the divine beauty of Mother Nature:

The Alleppey Beach is a landmark between a network of rivers flowing into it and the Arabian Sea. Lord Curzon had termed Alleppey as ‘the Venice of East’, as this town is covered by canals and other waterways from all sides just like the beautiful city of Venice in Europe. The Alleppey Beach has a 150 years old pier which extends to sea and it is estimated to be over 150 years old.

This place is known for boat races, backwater holidays, the flourishing coir industry and excellent marine products. Motorboat cruise, surfing, diving, para-sailing and swimming along with camel ride on the beach are the popular activities here at Alleppey Beach. It is one of the best beaches on the Arabian sea.

The chain of brackish lagoons and lakes lying parallel to the Malabar Coast of Kerala is most commonly called the Kerala Backwaters or Alleppey Backwaters. It is one of the vast growing tourist attraction in Kerala, that is gaining popularity day by day. Alleppey is known for its natural beauty and Backwaters is the most attractive part of it. The lush greenery, canals, and waterways take you straight into the lap of Mother Nature.

Take a houseboat which is called “Kettuvallam” in Malayalam and enjoy the sight of the unexplored regions of Alleppey. While voyaging on the serene backwaters, soak yourself in the view of the paddy fields, coconut groves, villages, lush greenery, migratory birds and distant coir factories. This experience is something that you will cherish for a lifetime.

NB: If you are looking for Kerala boat house places or simply Alleppey houseboat ride, the backwaters of Alappuzha is one of the ideal locations for you.

Kuttanad, which is popularly called the ‘Rice Bowl of Kerala’, is a region covering the Alappuzha and Kottayam Districts but it falls under Alappuzha district’s administration only. Kuttanad has the lowest altitude in India and is one of those few places in the world where farming is carried around 1.2 to 3.0 meters below sea level. It is the geographical uniqueness of Kuttanad that draws a huge number of tourists towards it every year.

The farmlands are all land reclaimed from the backwaters and used for paddy cultivation. It is traditionally a 100 years old practice and called Bio-saline Farming style. The backwaters here gives you an impression of floating in the greens with just greenery all around.

Did you know that Kottayam & Alleppey shares some of the best places in Kerala? Therefore here we enlist 20 Best Places to Visit in Kottayam, Kerala for your reference.

The Ambalapuzha Temple in Alleppey is an ancient temple dedicated to Lord Shri Krishna. The Temple is believed to be been built during 15th – 17th AD by the local ruler Chembakasserry Pooradam Thirunal-Devanarayanan Thampuran. The temple is directly associated to the Guruvayoor Sree Krishna Temple, hence has a great significance among Hindus. It is also called the ‘Dwarka of the South’.

The idol at Ambalapuzha is called to Parthasarthi (another name for Lord Krishna) is carved out of black granite stone. The idol has a whip in the right hand and a Shankhu (sacred conch) in the left. The temple is associated with the origin of the famous performing art form of Kerala – Ottamthullal. One must try the delicious  Pal Payasam, means the sweet rice pudding at the temple which is the traditional prasadam here since the ancient time.

What could be a better place in Kerala than Marari beach to enjoy the sunbath on golden sand with coconut palms all around? The Marari Beach is located in the north of Alleppey and about 60 kilometers south of Kochi. The Marari is an extremely beautiful beach and the name ‘Marari’ arises from ‘Mararikulum’, which is a local village on the Malabar Coast. Here, the Marari fishermen use huge Chinese nets for fishing.

This beautiful place sets on 30 acres with coconut groves, lily ponds, fruit trees, and a large organic farm. Being an underdeveloped “hammock beach”, there is not much activities or facilities available at this beach. Though one can experience the various ayurvedic treatments or message near the beach. In recent years sea surfing, water skiing, parasailing, and deep sea fishing etc are gaining popularity at Marari Beach.

NB: There are many tourist places between Kochi and Alappuzha. But here we list the 10 best places to visit in Kochi that you may not miss on your next trip to Kochi.

About 43 kilometers south of Cochin city and 21 kilometers north of Alleppey town, the Arthunkal is a small town well known for Arthunkal Church. It is a rapidly developing satellite town of Kochi and is considered as a holy land among the devotees. Official called Arthunkal St. Andrew’s Forane Church, it was originally constructed during the 16th century by the Portuguese missionaries. Later in the year 1584, the church was renovated and was commissioned by Fr. Jacoma Fenicio, the then vicar.

It has a bleeding St. Sebastian statue, pierced by arrows that were brought here in the year 1647. This statue was sculpted in Milan and placed in the right wing of the church, behind the altar. The church is also known as St. Andrew’s Basilica. Today, Arthunkal Church is one of the prime pilgrimage sites of Kerala, which attracts thousands of devotees from all over the world. 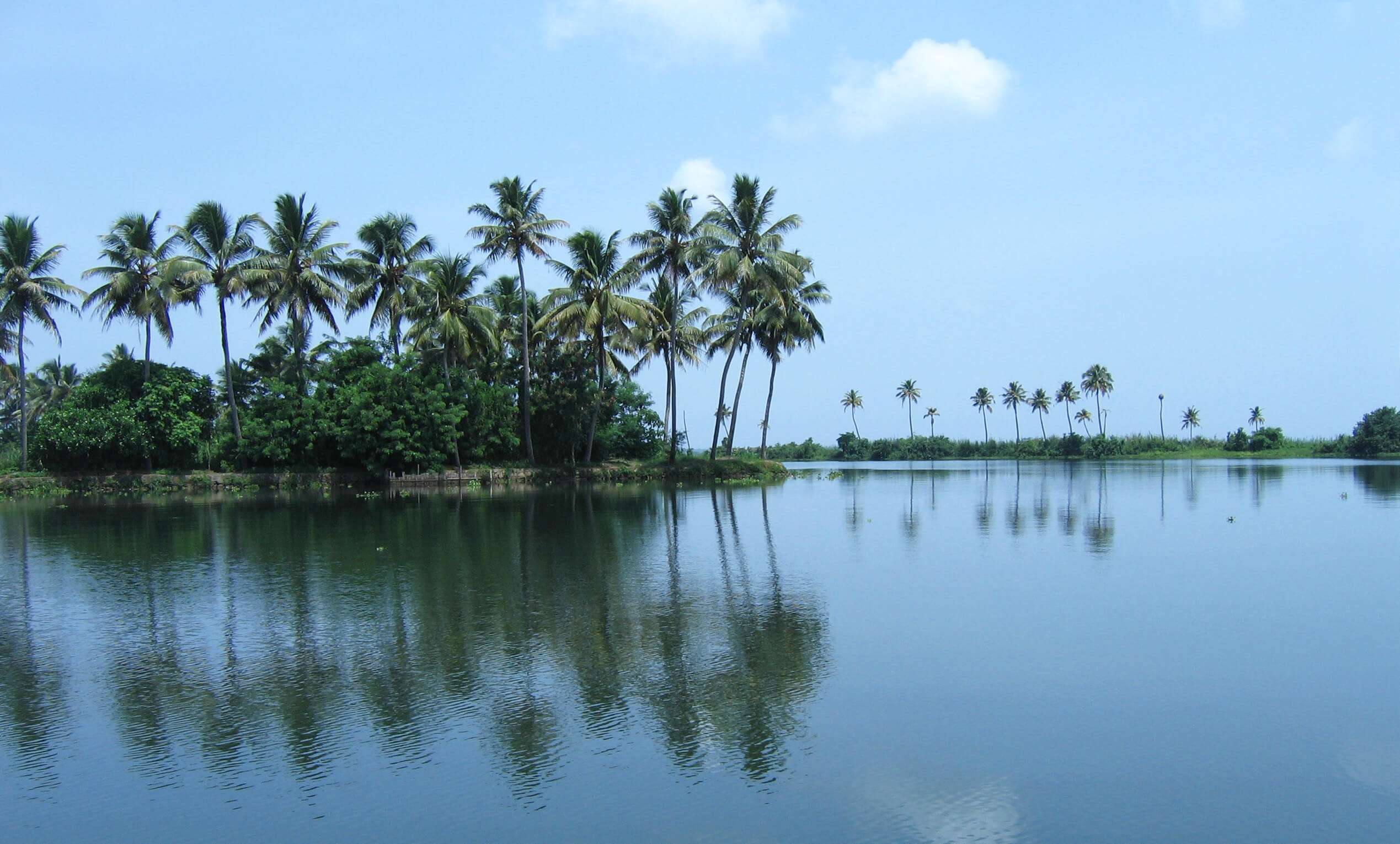 With a maximum length of 96.5 kilometers and a maximum width of 14 kilometers, Vembanad Lake is the largest and longest lake in India. The lake is spread across several districts of Kerala and there are several groups of small islands including Vypin, Mulavukad, Vallarpadam, Willingdon Island located in the Kochi Lake portion. It is another prominent backwater destination in Kerala where activities like boating, fishing, boat race, and bird watching are quite popular.

During Onam, the backwater comes much in life with snake boat racing that attracts domestic as well as foreign tourists here. The government of India has identified the Vembanad wetland under the National Wetlands Conservation Programme and is of great significance.

The Mannarasala Sree Nagaraja Temple is an ancient temple dedicated to the Serpent God “ Nagaraja”.  Being one of the largest temples of Lord Nagaraja, it is an internationally known center and pilgrimage. Like a typical serpent temple, the Mannarasala is also located deep inside the jungle with trees all around. The Mannarasala Temple has over 30,000 images of snakes along the paths and among the trees and is the largest such temple in Kerala.

One can see many species of snake in the compound of the temple and sometimes you might sight the snake eggs. Though there is nothing to scared of, as the snakes here do not harm anyone. Also to note, this is one of those few temples in the world where the puja and management of the temple is done by women.

Pathiramanal which means ‘sands of night’ in Malayalam is a small island in Muhamma panchayat of Alappuzha district. With an estimated area of 19.6 ha, Pathiramanal is paradise for bird watching. There are 91 local species of birds and 50 migratory birds here like Pintail Ducks, Common Teal, Night Heron, Cormorant, Darter, Indian Shag, Purple Heron, Cattle Egret etc.

Surrounded by the Vembanad Lake, stretching from Alappuzha to Kochi and the Kayamkulam Lake, Pathiramanal is accessible only by boat. The island is known to be home to many medicinal plants and herbs, hence a Bio- Park for the preservation and cultivation of such rare species of medical plants is under development here.

Did you know that Kochi, Alleppey, and Munnar are the frequently visited combination by Foreigners?  Alleppey to Munnar is about 175km and it takes about 5hrs to reach Munnar from Alleppey. And Here we enlist 30 best places to visit in Munnar, the hill station of Kerala for your reference.

Located at about 4 km from the Alappuzha town, the Alappuzha Lighthouse is a 150-year-old towering and an important aspect of Alappuzha History.  Built in the year 1862, it is one of the oldest lighthouses on the south-west coast of the country.

The construction work initiated during the rule of Marthanda Varma- II Maharaja in 1860 and it was completed during the rule of Rama Varma Maharaja of Travancore. This masonry tower is 92 ft in height and the focal length is of 108 ft. The top of the lighthouse has a flat platform that gives you a panoramic view of the sea and the entire Alappuzha town.

About 4 kilometers from Ambalapuzha railway station, lies a beautiful small village called Karumadi and it is a popular tourist attraction in Kerala. Karumadi village is known for the Karumadikkuttan temple, which houses a Buddha statue that belongs to as old as 9th to 14th century. Being found in Karumadi village, the Buddha statue is regarded as Karumadikkuttan. The 3 feet long statue of Lord Buddha in his meditation pose is made up of black granite with a missing left hand.

The Statue was abandoned for centuries in a nearby stream named “Karumady thodu” and it was later recovered in the 1930s by Sir Robert Bristow, a colonial British engineer. Sir Bristow took proper care to restore and protect the statue from any further damage. Being a special Buddhist pilgrim center, the entire site is today under the protection of Kerala Archaeology Department.